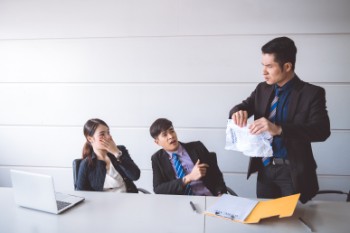 A contract is a legal and binding promise between two or more parties. If any party involved in a contractual agreement fails to fulfill his obligations or complete his part of the agreement on time or as defined in the agreement, it’s known as a breach of contract. If there is no justifiable or lawful reason for the party to fail in meeting the requirements agreed to by all parties, the contract is breached.

The 4 Main Types of Contract Breaches

There are many details and complexities involved in creating and upholding a contract, but generally, contracts are legally binding, so each party involved has legal recourse if a breach takes place. There are typically four types of contract breaches:

The damages available for a breach of contract depend on the type and severity of the breach but may include compensatory damages, restitution, punitive damages, and specific performance. Compensatory damages pay the non-breaching party enough money to receive what was promised under the terms of the contract and are the most common legal remedy in this type of case.

No matter what type of contract breach you face, Becker Law LLC can help. If a party involved in one of your business legal contracts has not met or refuses to meet its obligations outlined in your agreement, contact Steven Becker. He will leverage his many years of experience to represent you in your breach of contract dispute. Contact us today to discuss your situation.

For more information about Becker Law LLC or to schedule one or our On-Demand Consultation sessions, complete our online contact form or use our online appointment scheduler. We'll be in touch shortly.